Built between the 7th and 12th centuries, these impressive Cham towers are still actively used for worship by Cham, Chinese and Vietnamese Buddhists. Originally the complex had seven or eight towers, but only four remain, of which the 28m-high North Tower (Thap Chinh; AD 817), with a terraced pyramidal roof, vaulted interior masonry and vestibule, is the most magnificent.

The towers stand on a granite knoll 3km north of central Nha Trang, on the northern bank of the Cai River.

It’s thought this site was first used for worship as early as the 2nd century AD. The original wooden structure was razed to the ground by attacking Javanese in AD 774, but was replaced by a stone-and-brick temple (the first of its kind) in 784.

The towers serve as the Holy See, honouring Yang Ino Po Nagar, the goddess of the Dua (Liu) clan, which ruled over the southern part of the Cham kingdom. There are inscribed stone slabs scattered throughout the complex, most of which relate to history or religion and provide insight into the spiritual life and social structure of the Cham.

All the temples face east, as did the original entrance to the complex, which is to the right as you ascend the hillock. In centuries past, worshippers passed through the pillared meditation hall, 10 pillars of which can still be seen, before proceeding up the steep staircase to the towers.

In 918, King Indravarman III placed a gold mukha-linga (carved phallus with a human face painted on it) in the North Tower, but it was taken by Khmer raiders. This pattern of statues being destroyed or stolen and then replaced continued until 965, when King Jaya Indravarman IV replaced the gold mukha-linga with the stone figure, Uma (Shakti, or the female consort of Shiva), which remains to this day.

Above the entrance to the North Tower, two musicians, one of whose feet is on the head of the bull Nandin, flank a dancing four-armed Shiva. The sandstone doorposts are covered with inscriptions, as are parts of the walls of the vestibule. A gong and a drum stand under the pyramid-shaped ceiling of the antechamber. In the 28m-high pyramidal main chamber there is a black-stone statue of the goddess Uma with 10 arms, two of which are hidden under her vest; she is seated and leaning back against a monstrous beast.

The Central Tower (Thap Nam) was built partly of recycled bricks in the 12th century on the site of a structure dating from the 7th century. It is less finely constructed than the other towers and has little ornamentation; the pyramidal roof lacks terracing or pilasters, although the interior altars were once covered with silver. There is a linga inside the main chamber.

The South Tower (Mieu Dong Nam), at one time dedicated to Sandhaka (Shiva), still shelters a linga, while the richly ornamented Northwest Tower (Thap Tay Bac) was originally dedicated to Ganesh. To the rear of the complex is a less-impressive museum with a few examples of Cham stonework.

This site has a continuing religious significance, so be sure to remove your shoes before entering and wear respectful clothing. 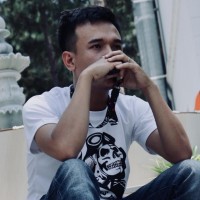 admin Administrator
Sorry! The Author has not filled his profile.
email
manhcuongntvn@gmail.com
×